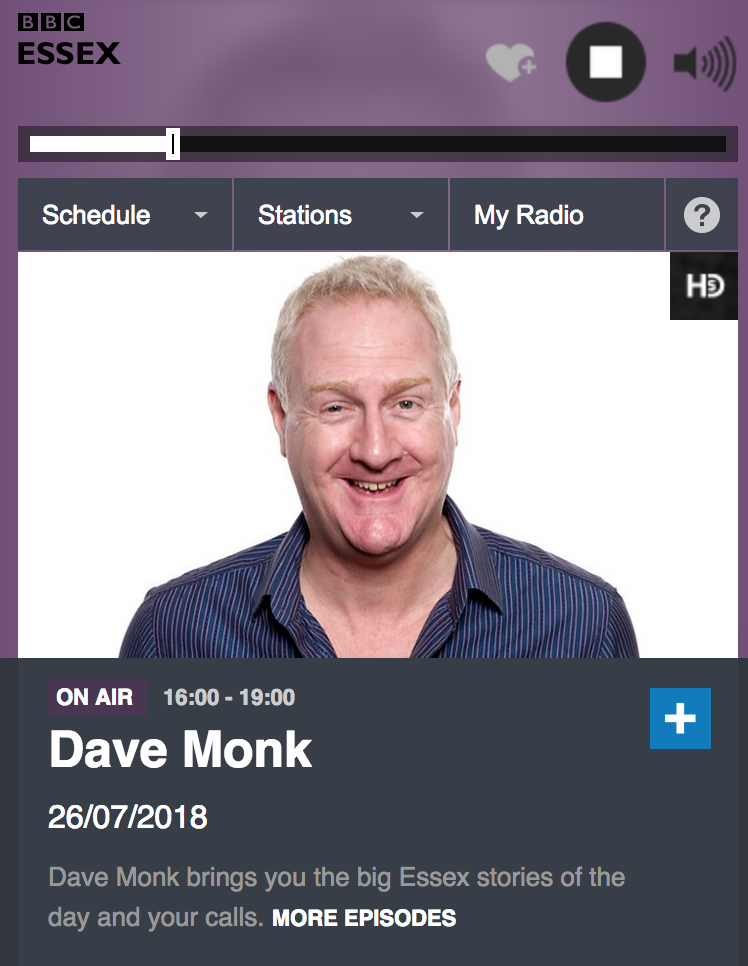 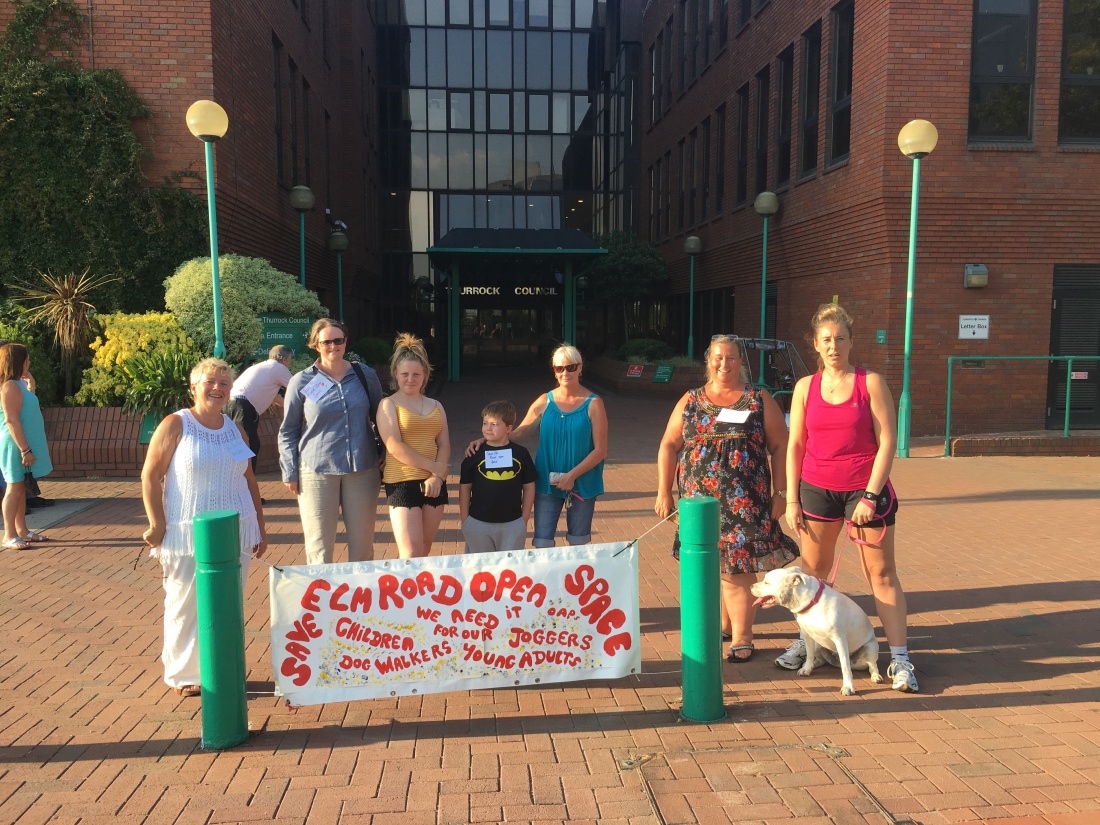 Yesterday was the monthly council meeting and we were a ‘false fury’ to quote Councillor Hebb.

I have a lot to say about the meeting and will probably post a few times about it, when I have fact checked a few things.

But what I want to say, more than anything, is this is a residents’ campaign, unaffiliated with any political party. This is important to state because Elm Road Open Space was being used as a political football at the meeting yesterday.

I set this up, along with my husband Gavin. Neither of us belong to a political party, and actually we always vote differently in every election, by-election and referendum. This is an ongoing point of discussion in our marriage. 🙂

We have been joined by other local residents who are taking an active role, especially Bill who is running the Twitter feed and posting on here too.

We are absolutely accepting help and advice from Labour councillors, this is because the councillors who look after this region are Labour. They are opposed to this plan. They also know how to play the game of local politics, we do not. We need the advice to help our campaign work.

If any other councillors, local politicians, groups, famous people or indeed anyone want to join the campaign to stop us losing the open space as it is, and to encourage investment in the park then we welcome them with open arms.

We have set up our own petition, separate to the Labour one because we wanted to have a petition from the residents. Sign it here

Please – get involved. Spread the word – use social media, tell people to sign the online petition, hand out flyers, make posters, send us photos of the park being used (elmroadopenspace AT gmail.com), we need it all.

Carol who live right next door to the park has sent us these photos of the traffic chaos which happens at the park each day during school pick up and drop off.

This is just with the primary school – what would happen if there was a 900 student secondary school here too?

It certainly wouldn’t be safe, the pollution would increase and we would lose access to our park. 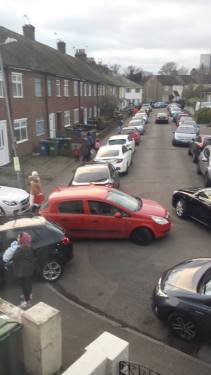 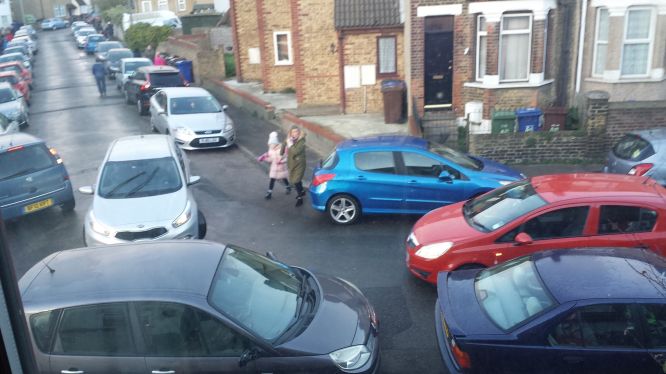 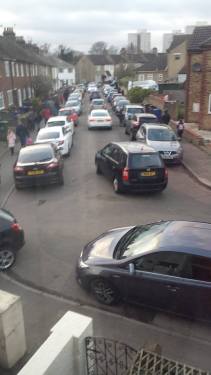 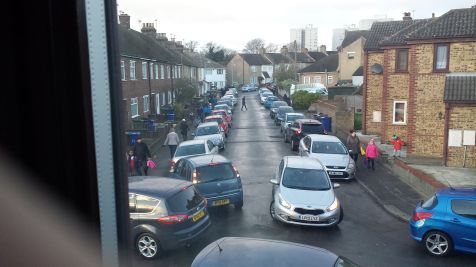 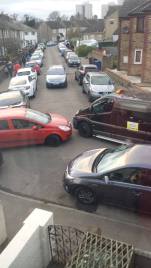 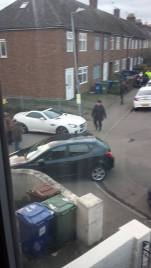 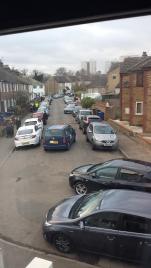 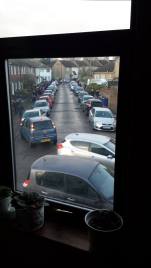 Thank you for sharing Carol – remember, send us your photos, comments and videos of why this ludicrous plan cannot go ahead. elmroadopenspace@gmail.com 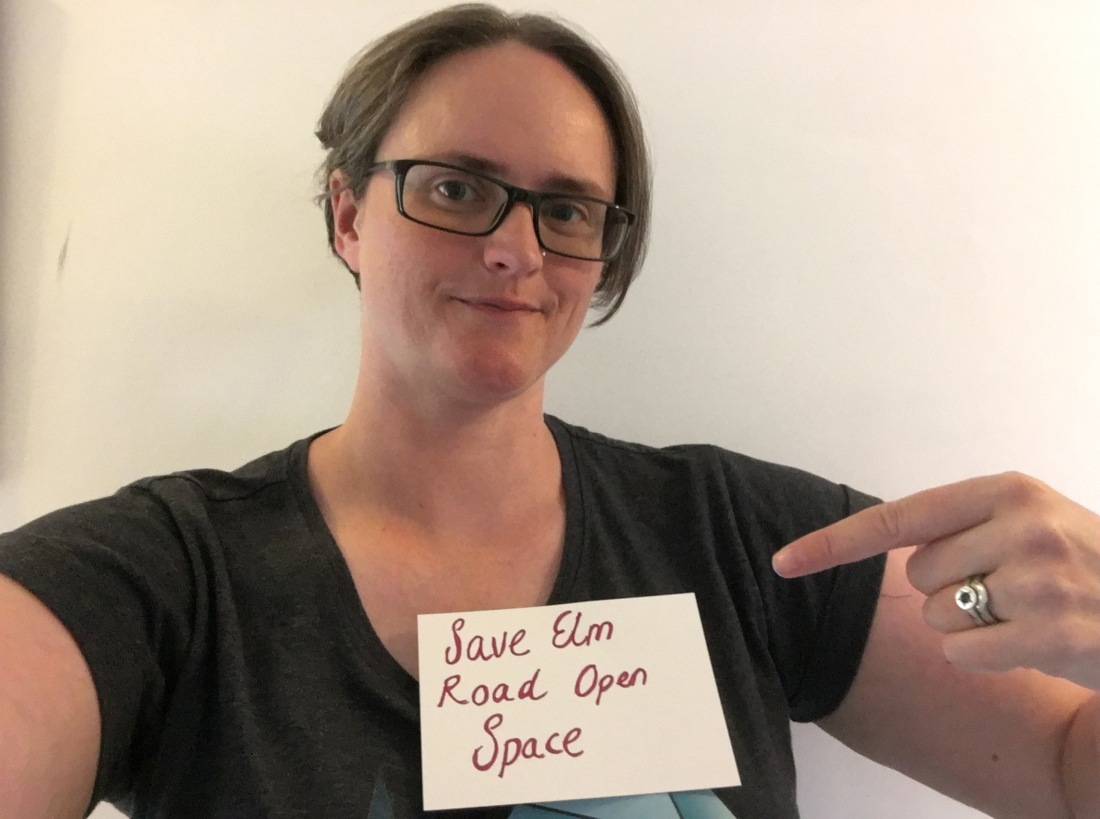 There is a council meeting tonight at 7pm at the Thurrock Council Offices near the train station.

We are not sure what room it is in, but it should be well signposted.

Please arrive early as you won’t be allowed in if you are late.

Due to the way these things work we are not allowed to ask questions, but if we are there in force, with a way to identify ourselves – make your own Save Elm Road Open Space badge for example – then this will aid the course.

I believe John Kent will be speaking on our behalf. Us being there makes it seem bigger than party politics, we need to be there to represent ourselves.

Swinging around in the park . A different Buster (my Buster is a galumphing spaniel) and Bracken. 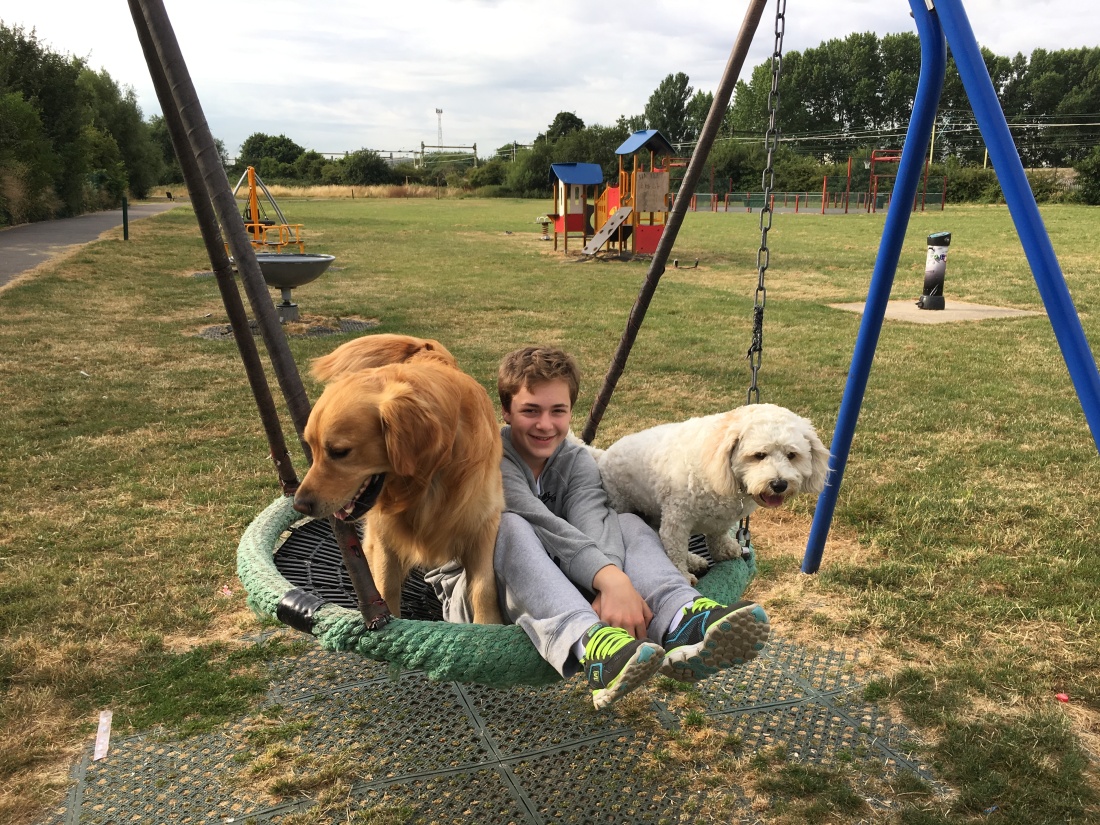 Remember – take part by emailing us your photos or videos of you enjoying the park! elmroadopenspace AT gmail DOT com